These are PC104 DSMs (I can't remember which are Titans and which Vipers) which have not been online even though their ubiquiti radios are online.  I visited each to see what I could figure out.

My first realization was that I didn't have a console cable for these DSMs, so I didn't try to log into this one.  I did notice that the ethernet ribbon cable was disconnected from the interface panel, but I wasn't sure of the orientation of the plug.  I rebooted it anyway and left to check on the plugs in the other DSM.  At rsw05 I saw that the ribbon cable gets plugged in with ribbon exiting away from the RJ45 jack: 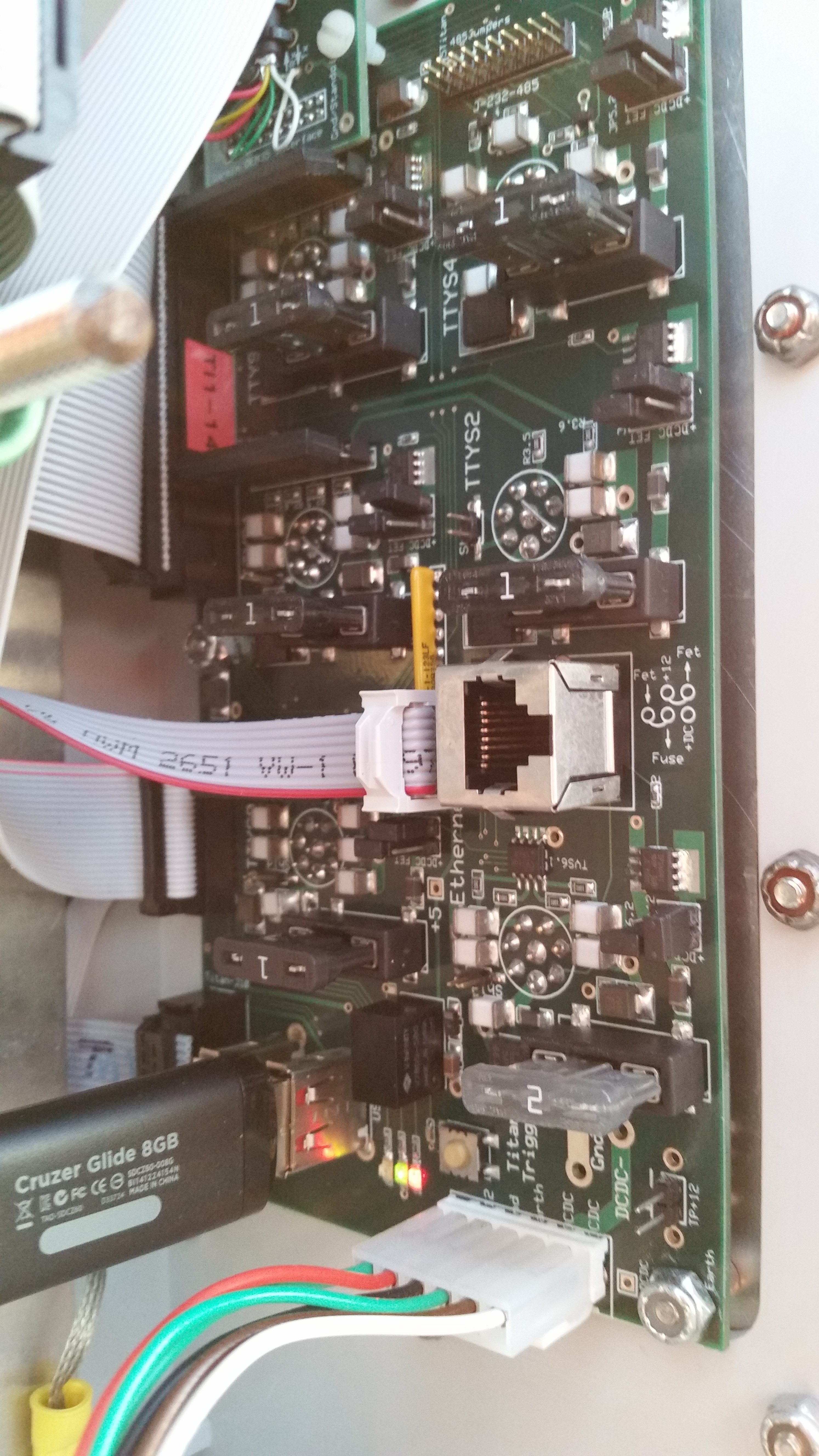 So that's how I plugged it back in at rsw02 on the way back.

Nagios on ustar reported that rsw02 then started responding to pings, for another few hours, until I tried to run an ansible playbook on it from ustar, and now it has not responded since.  I should have tried to log into it first to see whether anything else was working, but I didn't.

Rebooted, just to start from scratch, but maybe not necessary.  The ethernet ribbon cable is plugged in and I see lights, so I can't see anything obviously wrong. 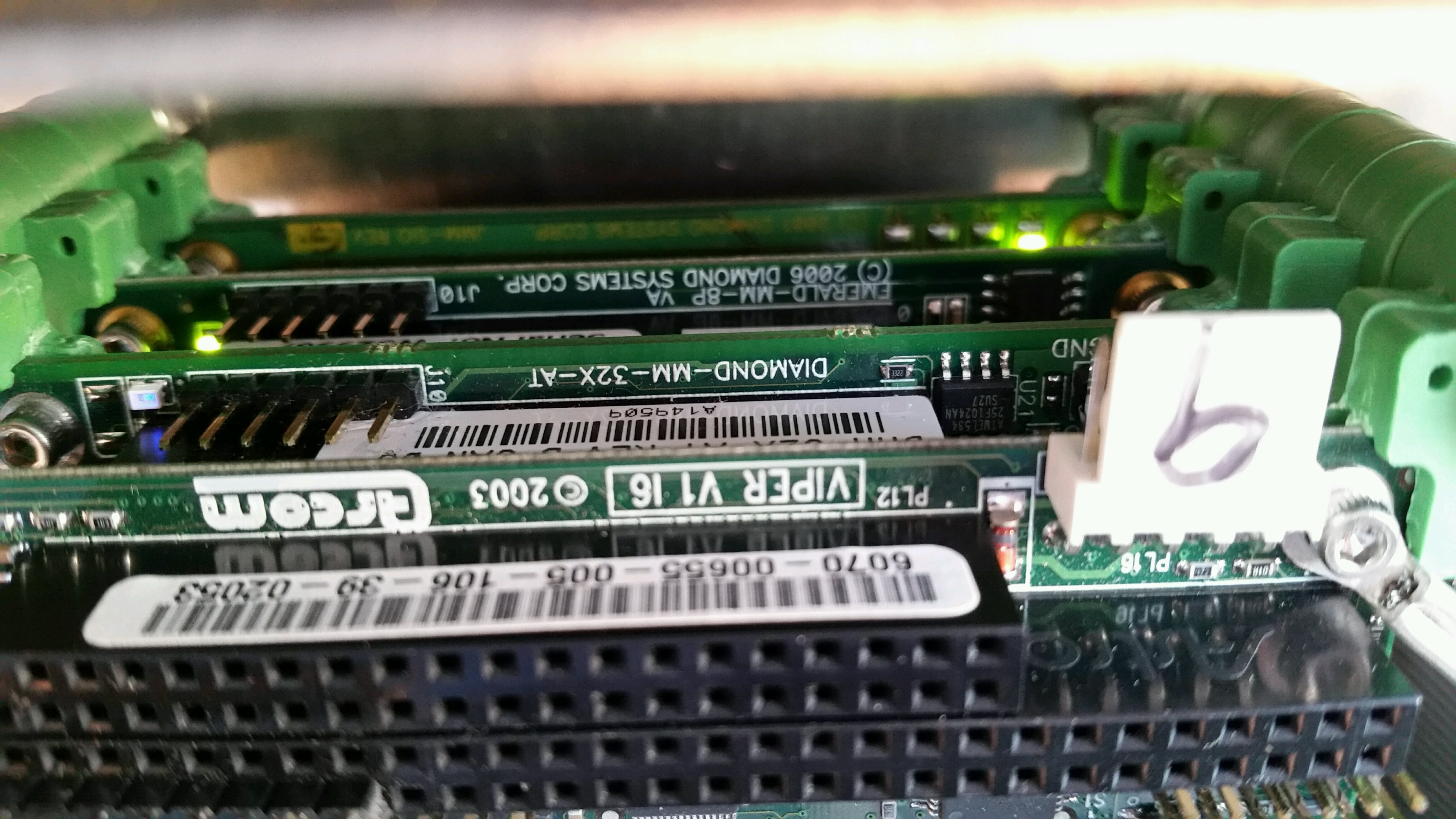 No data from the METEK sonic.

Next I disconnected the ethernet ribbon cable, plugged ubnt radio back in, with my laptop still plugged into the internal RJ45 jack.  I cannot ping or browse to rsw05u, but I know it's up because it has been pingable for the last week.

So should it be possible to connect to the ubiquiti through the internal RJ45 jack?  If so, does that mean there is a problem with the ethernet connections on the interface panel?

I'm considering what to try next:

Log into the DSM with the console cable and investigate from there.  Ping the radio, look for log messages about errors in the ethernet device.

I have one of the RJ45 jacks which plug directly into the CPU card for either the Titan or Viper.  I could at least isolate the ribbon cable with a patch cable between the CPU jack and the RJ45 jack on the interface panel, but I don't think that works for both Titans and Vipers.

Work on a scheme to isolate the interface panel ethernet port.  My best guesses: