Yesterday, tnw05 died.  Again, found a LOT of water in the battery cooler.  Dumped it out, went back to the ops center to get a spare controller, and reinstalled on a second visit.  Everything eventually came up, though I rebooted tnw05t again to help get its clock in sync.  Also, tnw05t wasn't pinging.  Moved its ethernet cable to another ethernet switch port in tnw05b and it came up – perhaps this cable was stressed.

Clearly, we should proactively visit every site with battery boxes to check for water issues.

HOWEVER, in looking at the tower, I note that the NR01 at 20m is directly above the solar panel mounted at about 15m.  I think that the orientation of this sensor should be moved 180 degrees, though then it would view even more of the clearing at the base of the tower. 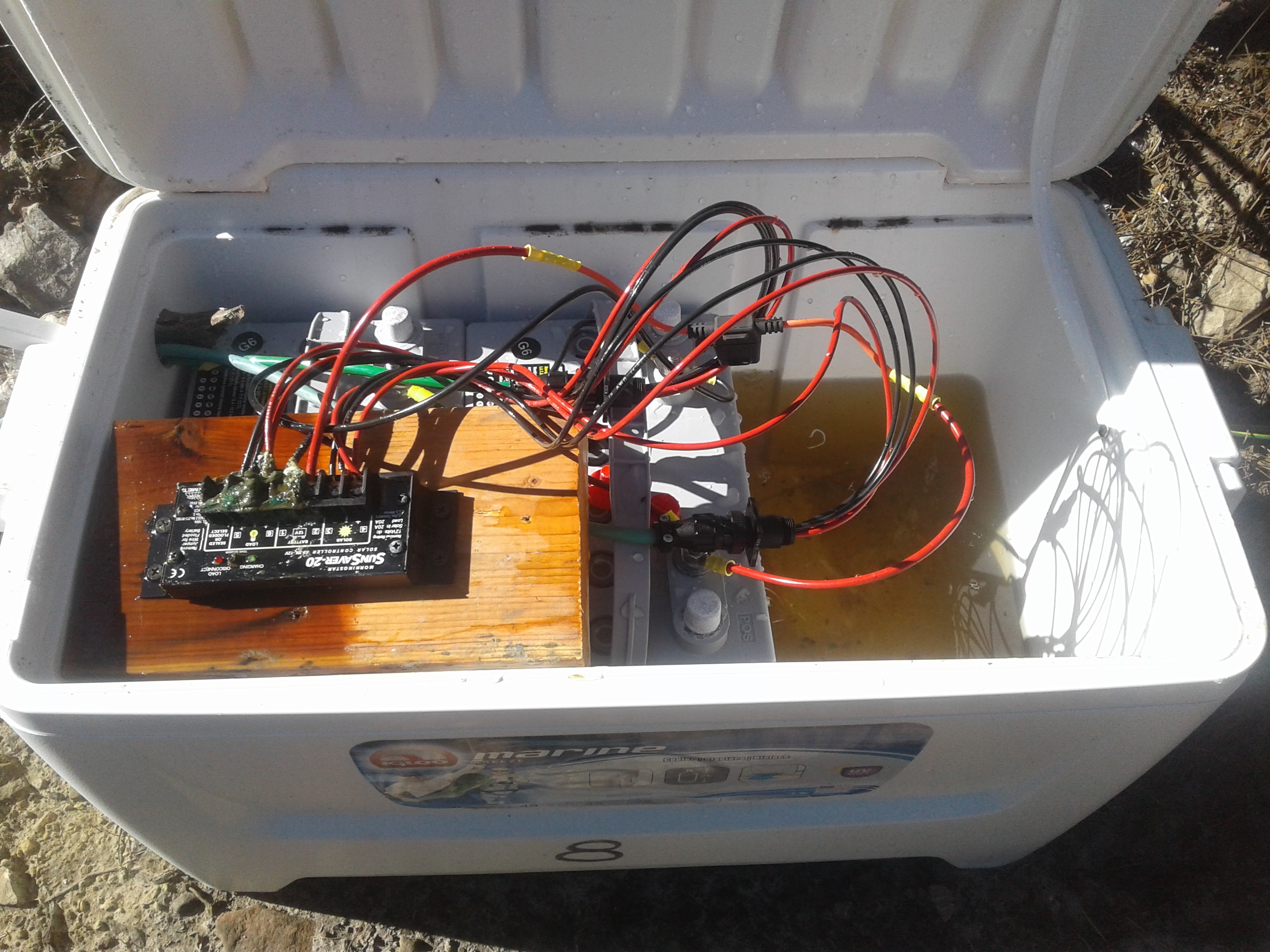